One race stands out above all others and that is the Grand National. Held every April at Aintree Racecourse, the Grand National is the pinnacle of the jumps season and is watched by over 600 million around the world.

Each year, we get asked a lot of questions about the Grand National but two of the biggest are: what day is it on and what time does it start. So the fast and easy answer is, the Grand National 2021 will be on Saturday, April 10th 2021. It will start at 5.15pm and will be live on UK tv on ITV.

As you would expect from such a huge race, the coverage for the Grand National extends way beyond the race itself. Given that it is on the third and final day of the festival at Aintree, the build-up begins mid-week. However, on the day of the race, it’s non-stop Grand National all day long. And that’s despite plenty of races scheduled ahead of it.

For years broadcasters have been trying to optimise the time that the Grand National starts. Way back when the BBC had the rights to air the race, it used to start at 3pm. That however, was at a time when most us didn’t have to work on a Saturday so everybody had the opportunity to watch it.

Figuring that more people would be home from work, and so viewing figures would increase, the race was pushed out again to 5.15pm. So it’s been that way for a few years now and combined with the rights going to ITV, the audience has indeed seen a massive boost.

What Channel Is The Grand National On?

ITV recently announced that it has extended its deal to air the Grand National until 2023. But the history behind the race and it’s broadcasting is very, very interesting.

Despite the race being held every year since the late 1800s, it was only first aired on radio in 1927. It stayed that way until 1960 when the BBC first aired it on tv. The BBC continued to broadcast the Grand National for over 50 years before the rights went to Channel 4 in 2013.

Despite their best attempts, Channel 4 just couldn’t match the BBC and so in 2017, ITV took on the responsibility of airing the world’s greatest steeplechase. with the racing team led by Ed Chamberlain, each year since has seen the figures growing. 2020 saw new records for those who tuned in to watch Royal Ascot and the Epsom Derby, despite the meetings taking place behind closed doors.

That of course meant that ITV was very keen to keep hold of the racing and so after quite lengthy negotiations, they secured a new deal that guarantees coverage until 2023.

Who Will Win The 2021 Grand National?

If we knew the answer to that we would be millionaires! It’s such a long and complicated race that picking a winner is incredibly difficult. That said, there are tips available closer to the race. There are also plenty of general trends that you can follow to help you whittle down the potential winners.

That all makes sense when it comes to horse racing, however the Grand National is often as much about luck as anything else. Outsiders can run an amazing race and favourites can stumble at the first fence.

In terms of odds, the bookmakers are generally a good guide. Sure, they need to make money so the odds may not be the most attractive for the best horses but if a horse is 100/1 there’s a good reason. Of course they can still win but it’s very unlikely. Better to put an each-way bet on and hope they place so you get some money back!

Tiger Roll should be back for 2021, bidding for his third Grand National win. Can he do it? Has his chance passed with the cancelation of the 2020 race? Only time will tell. 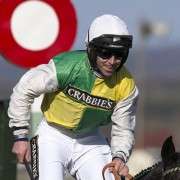