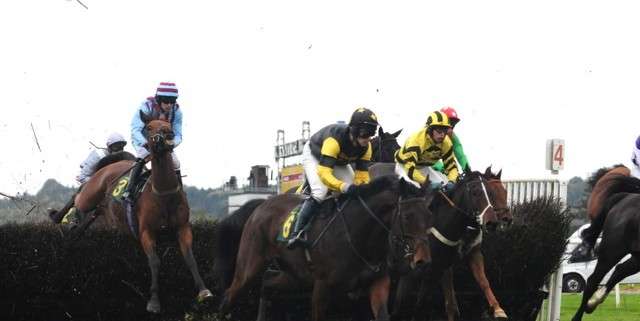 Ever wondered what the differences are between all of the various races? Well, wonder no more because here are all definitions!

A Chase is a race that is run over a distance of between two and 4 1/2 miles over fences that are a minimum of 4 1/2 feet high.

A Hurdle is a race where the obstacles are a minimum of 3 1/2 feet high on a course that is between two and 3 1/2 miles long.

An NH Flat Race is run over a distance of between 1 1/2 and 2 1/2 miles, for horses that have not yet competed either in flat racing or over obstacles.

Each of these different types of races are then graded and the higher grade races attract bigger prize money and better quality competitors.

The majority of National Hunt racing takes place during the winter months when softer ground makes jumping less dangerous. National Hunt horses are usually bred for jumping, whilst others are former flat racing horses and although they do not have to be thoroughbreds most are.

Many horses begin their careers in Point to Point (steeplechasing for amateurs), where they compete over courses of three miles. The capital of National Hunt racing in the U.K. is Cheltenham Racecourse which hosts the Cheltenham Festival every March. The highlight of the festival is the Gold Cup which is run over a distance of 3 miles 2 furlongs and finishes with a long uphill run-in, in front of the stands.

Famous past winners include Arkle, Golden Miller, Desert Orchid and more recently Kauto Star. The most well known National Hunt race is the John Smith’s Grand National, run at Aintree in April every year. Run over a distance of more than four miles, with up to 40 runners, the fences are far bigger than any at Cheltenham.

This challenging course has a number of fences which incorporate significant drops on landing. Becher’s Brook fence is 5ft high with a 7ft drop and regarded by many as the biggest challenge of the course, where over the years, many horses and riders have come to grief.

Is the Grand National Cruel?
Scroll to top