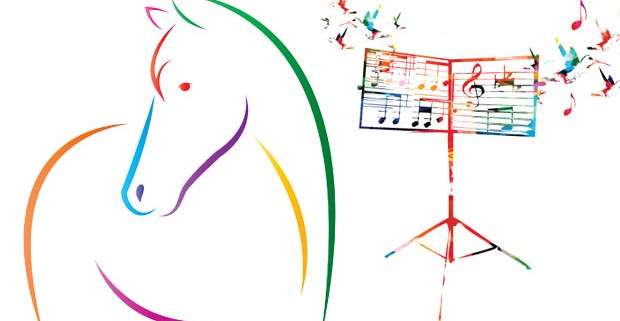 1. HORSE WITH NO NAME (America)

A 1972 chart topper in the US written by Dewey Bunnell. Dewey it seems was not the most eloquent of seventies rocksters, deftly describing the desert as having ‘plants, and birds, and rocks and things’ and not even bothering to give his poor bloody horse a name.

Heavy Rock and the Osmonds shouldn’t mix. But add rhinestone encrusted suits, crazy leg moves, and of course Donny and anything can happen. Crazy Horses was a runaway hit back in 1972 reaching the UK number 2 slot and causing girls to scream, cry and then faint with teenage exhaustion.

Not many people know that Racing Cars are from the Rhondda Valley in Wales and probably even less care. Inspired by the film of the same name about US dance marathons during the depression, Racing Cars took this cheery little ditty to number 13 in the UK in 1973. Please pull the trigger someone.

This song was allegedly inspired by Bianca Jagger’s infamous entrance into New York’s Studio 54 on the back of a white horse. But even that doesn’t explain why the song’s award winning video shows singer Alison Goldfapp ramming the leg of a bandaged man down a toilet.

More white horses; this time the famous Lipizzaner horses of Austria and a pop cult classic pop-pickers. Recorded as the theme song to English dubbed European TV series The White Horses, the soft-focus ballad became a British top ten hit for Jacky, aka Jackie Hopkins, in 1968.

7. BRING ON THE DANCING HORSES (Echo and the Bunnymen)

Released in November 1985, the song mourns the breaking hearts of the immature frolic of courtship and why, whilst longing for meaningful relationships, the song’s subject is incapable of having them. Yes, the Bunnymen were from Liverpool.

8. BEER FOR MY HORSES (Toby Keith and Willy Nelson)

This song spent six weeks at number one on the U.S. Billboard Country Songs charts in 2003, inspiring a movie of the same name. It also had a great video where Keith, Nelson and Corin Nemec, play detectives hunting a serial killer dressed as women.

Not just the title track from Paul Simon’s fifth solo album released in 1980, but also the title of a film written and directed by the Bridge Over Troubled Water songster. Simon plays a washed up folk singer who has fallen so low that he opens for Punk Rock bands. Never heard of it? No, me neither.

10. THEME TO FOLLYFOOT (The Settlers)

“Down in the meadow where the wind blows free, in the middle of a field stands a lightning tree.” Indeed it did, and what seventies teenage boy will ever forget Gillian Blake as doe-eyed Dora Maddocks wandering around television’s Follyfoot farm in her jodhpurs? “Grow, grow, the lightning tree, it’s never too late for you and me.”

Not to be confused with Tori Amos’ self-penned angsthem of the same name, Wild Horses is from the Stones’ 1971 album Sticky Fingers and written by Mick and Keith. Rumoured to be about Marianne Faithful, it’s been covered by just about everybody from Elvis Costello to Guns ‘N Roses and even John Barrowman has had a crack.

If you can stand on one leg whilst playing the flute this could be just the song for you. Track 8 on Jethro Tull’s eleventh studio album tells the tale of a day in the life of a working farm horse in nineteenth century England. Not quite popfantastic but certainly worth a nosebag.

Now this really is a classic and a top-selling No. 1 single for Rolf Harris in 1969. It tells the story of two boys who grow up to fight in a war. Few people realise that it was actually written almost seventy years earlier in 1902 and made popular by music-hall star Harry Lauder who rode around stage on a wooden horse.

Achtung Baby, only Bono could get away with rhyming ‘sea’ with ‘thee’ and a chorus that includes a ‘hey hey sha la la’ or six. Apparently the band, not only hate the song but have said that they can’t really play it live; which kind of makes you wonder why they wrote it in the first place.

15. BACK IN THE SADDLE AGAIN (Gene Autry)

You can’t beat a cowboy; well you can but only if you’re the sheriff. Orvon Grover Autry, better known as Gene, was the original singing cowboy on the radio, in movies, and on television for more than three decades. Back in the Saddle Again was his theme song and responsible for bringing Country Music to a wider American public. Hee Haw!

A talking horse called Ed… just what drugs were they on? Worse still, does the theme song of the smash sixties TV show really contain ‘satanic messages’ if played in reverse? A YouTube video seems to reveal that some portions of the lyrics in reverse say ‘sing this song for Satan’ and ‘Satan is the singer’.

And now for a lullaby written at the turn of the century by Bobby Heath and Charley O’Donnell and updated by none other than THE BOSS himself. ‘Pony boy, pony boy, won’t you be my pony boy?’ Yep, Bruce at his lyric writing best.

Another cowboy, in fact this time a whole cowboy family; Roy Rogers, a singer and cowboy actor, was one of the most heavily merchandised stars of the Fifties. He and his wife Dale Evans, his golden palomino, Trigger, and his German Shepherd dog, Bullet, were featured in more than 100 movies and had their own TV show. Roy even had his own chain of restaurants.

The gravel on gravel voice of Tom Waits groans the story of a drunken jockey about to spend his last few dollars on a horse; but which one? Should it be Edna Million, Dropdead Suit, Dutch Pink, Downtown Train or Two Dollar Pistol? My money is on Dobbin.

And finally, not a just song but an entire band; Grand National, from London, has a sound reminiscent of early forays into electro punk and psychedelic soul. Their single Animal Sounds, released in February 2008, includes a sample of running hooves and neighing stallions, synthesised to provide an ethereal backing track.

LISTEN TO THE TOP 20 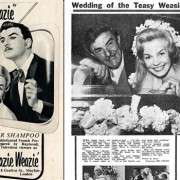 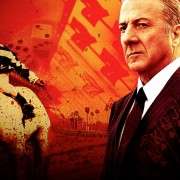 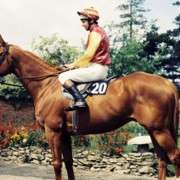 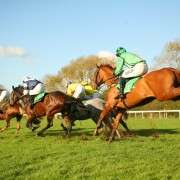 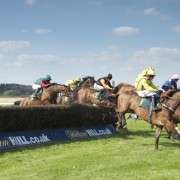 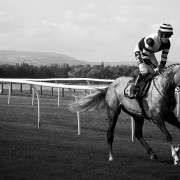