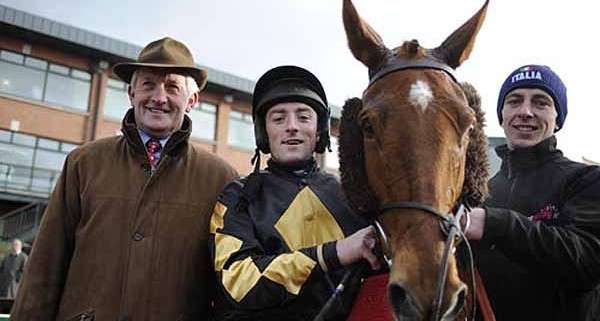 Saturday sees the final big race of the jumps season when Sandown hosts the Bet365 Gold Cup, known to many as the Whitbread and many will be looking for betting tips to narrow down the field. The race is run over a testing extended 3m5f making the trip only six furlongs shorter than the Aintree Grand National, writes Sam Darby.

Because of this marathon trip we will be witnessing several 2013 Grand National contenders take their chance in the race and those looking for horse racing tips for next year at Aintree might just be seeing a future Grand National winner in the field too.

The only horse to complete the Grand National course and then run in the Bet365 Gold Cup last year was Swing Bill and he was one of the worst performers in the race being pulled up, a fate also suffered by Deep Purple and West End Rocker who were the other horses to attempt the Bet365 Gold Cup after failing to make it round the Grand National course.

Vic Venturi isn’t the only horse to run well in this race having competed in the Grand National in the same season, The Package came 5th in this in 2010 after unseating at the 19th Grand National fence whilst Jack High and Ballycassidy both finished in the top five at Sandown following an early exit from the Grand National.

Running at Aintree hasn’t been a barrier to success in more recent years either, last year’s Bet365 Gold Cup winner was Tidal Bay and he ran at Aintree weeks before but unusually that run came over the smaller obstacles in the Liverpool Hurdle.

There have been many more horses though that have run poorly here after Aintree and it seems one of the biggest barriers to success in the Bet365 Gold Cup is having finished the Grand National as that will have certainly taken a lot out of the horses involved. No horse in the last ten years has finished in the top five here after finishing the Grand National.

The Bet365 Gold Cup can throw up some contenders for future Grand Nationals though, in 2005 Comply Or Die ran on well to finish 6th in this race and then just under 3 years later he was successful in the big race at Aintree. Last years Bet365 Gold Cup winner Tidal Bay was well fancied for the Grand National this year and would surely have been a leading contender but injury ended his season early.

Any Currency finished 3rd to Tidal Bay in this last year and competed in the 2013 Grand National and whilst he finished the race, he was a very well beaten 17th. Any Currency was in the early declarations again for this race this year and should he compete he could be one to take on having completed the Grand National course only weeks ago. 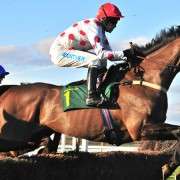 How To Pick A Winning Horse

Maguire Gets The Jump On McCoy
Scroll to top