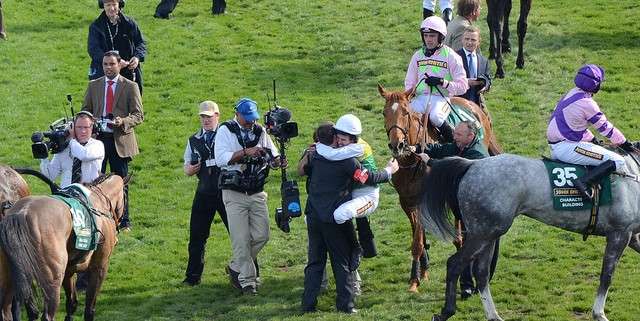 We love a great Grand National story and what better in 2012 than Synchronised doing the double, defying history and becoming the first horse to bag the Cheltenham Gold Cup and the Grand National, in the same year, since Golden Miller in 1934.

Despite that staggering obstacle and a weight of 11-10, many, including his jockey AP McCoy, think he can do it and have been flocking to the bookies to stick their hard earned cash on him, essentially shortening his odds and sending him off as the race favourite tomorrow.

The nine-year-old is as short as 6/1 with Ladbrokes to complete a landmark double for owner JP McManus, trainer Jonjo O’Neill and champion jockey Tony McCoy, who took Aintree glory with Don’t Push It in 2010. Paddy Power Bookmakers are offering 7/1 on him.

Of course, it’s not going to be all plain sailing with Donald McCain’s Ballabriggs attempting to be the first to land back-to-back wins since Red Rum, who was trained by his father and who’s statue now graces Aintree.

Both Nina Carberry and Katie Walsh are attempting to make history by becoming the first female jockey to win the Aintree Grand National, State Of Play needs to place in the top four to make his own bit of history as the only horse to achieve that milestone in four consecutive Grand Nationals, and On His Own is running for charity.

According To Pete has one of the most emotional stories behind him with his 71-year-old owner having raised him on a patch of land next to his MOT garage and both Nicky Henderson and Paul Nicholls are still searching for their elusive first Grand National win, as is jockey Richard Johnson who will be saddling up for the 16th time without a win!

If any of these horses do the job tomorrow then history will be made and with so many in the picture it’s going to be a great day for one of them! 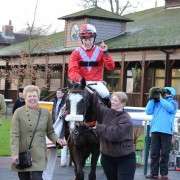 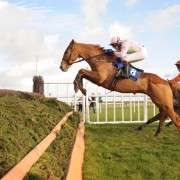 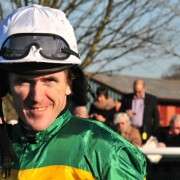 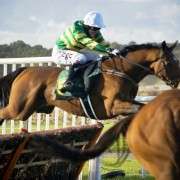