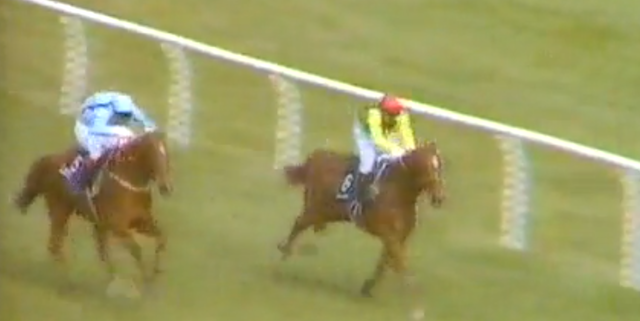 In 1990 Mr Frisk won the Grand National in a record breaking time of eight minutes and 47.8 seconds, it was and remains the only sub nine minute National. The previous record had been set by the legendary Red Rum in 1973 at 9 minutes and 1.9 seconds. Mr Frisk was ridden by amateur jockey Marcus Armytage, who remains the last amateur rider to win the race, he was trained by Kim Bailey and owned by H.J. Duffey.

The firm ground favoured 11 year old Mr Frisk who relished such conditions, he had a starting price of 16/1 and claimed victory by 3/4 length from Durham Edition, with Rinus in third position and the favourite Brown Windsor in fourth place.

A field of 38 horses started the race with 20 completing the course, tragically two horses died, Roll-A-Joint fell fatally at the first Canal turn while Hungary Hur died after being pulled up at the 19th fence.

Mr Frisk had impressed in a novice season when he had won in seven of his nine races, showing the same early promise as other National winners, such as Bindaree and Royal Athlete.

On the day of the race Brown Windsor was the favourite at 7/1 after a season in which he had won the Whitbread Gold Cup and been narrowly beaten into second place in the Hennessy Cognac Gold Cup. Another popular horse Durham Edition had won two races at Weatherby in the preceding November and December and was backed down at 9/1.

He had National experience and had run well to finish fifth in the previous years race and second in 1988. During the race he held a mid field position until the Chair when he moved up to the front runners and on the second circuit crossing the Melling Road he moved into second place to challenge Mr Frisk at the final fence. On the run in he was unable to make up a 1 length disadvantage and Mr Frisk claimed his victory in the record breaking time.

Mr Frisk went on to win the Whitbread Gold Cup a few weeks later becoming one of only a few horses to achieve this particular ‘double’. The famous fence at Becher’s Brook was altered for safety reasons in 1990, the bend was changed and the ditch filled in to reduce the chance of fatal injuries to horses. The 1986 Grand National winner West Tip ran his fifth race, finishing tenth, he was retired shortly after. 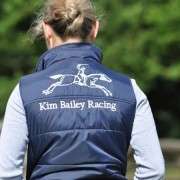 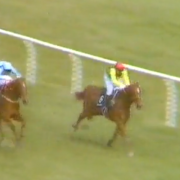