In the film ‘National Velvet’ Elizabeth Taylor rides her horse Pie to victory in the Grand National only to be disqualified when it’s discovered that she’s a girl masquerading as Pie’s Latvian male jockey. Fiction obviously; but fiction or not Velvet Brown remains the only female to have ever won the National.

As Ginger McCain said in 2005 ‘Horses do not win Grand Nationals ridden by women; that’s a fact” and to date the legendary trainer has yet to be proven wrong.

But can a non-fictional woman ever win the Grand National?

Women compete alongside men in most equestrian sports. In three-day events women often take the lead, and the 2004 British Olympic team was equally split between men and women. Show jumping is another equestrian sport where women compete equally and with a lot of success, although over the last few years the success of women has seemed to tail off a little. Women riders also compete very well at point-to-point events, but for some reason have never reached the same success when it comes to racing horses in the UK, either on the flat or over jumps.

According to figures from the British Racing School, the training academy for aspiring jockeys, women riders make up more than 70% of students on their foundation course. However, when the second stage of the course which prepares the students for their racing apprenticeships is reached almost half of the aspiring women jockeys drop out. For jumps racing the figure is even lower with women making up only 3% of trainee apprentices.

So why is it that horse women can’t seem to crack this great equestrian sport? After all women make up around two-thirds of working riders at most racing yards and there are many highly successful women trainers and owners. So is it down to the riders or the sport itself?

In many ways women seem ideally suited to be jockeys. Women are generally smaller and lighter than men and this should give them a natural advantage over many male jockeys who often struggle to reach the ideal racing weights; on the flat, jockeys need to weigh around 8 stones and over jumps around 10 stones.

It isn’t all about weight though a great deal of upper-body strength is required to push the horse over the finishing line and strong arms can make a real difference in a race where the winner is often decided by tiny margins. Balance is also important to a jockey and there is some evidence to suggest that a man’s physical make-up gives male jockeys slightly better balance when racing. Temperament could also play a part. Men are generally more competitive, aggressive, and in some cases determined to win at any cost, driving their horses hard to ensure a win.

And it is the winning that counts. If you include potential stud fees as well as the prize money, the difference between winning a Derby and losing can be worth tens of millions of pounds. This could explain why some trainers and owners are not at all keen to take a risk on a woman jockey. It would be fair to say that there is a good deal of prejudice and many trainers are dismissive of women jockeys. Trainer Michael Bell has been a supporter of female jockey Hayley Turner since deciding to take her on at 18 as an apprentice over a decade ago, and she is still riding for him.

“You can’t underestimate what Hayley’s achieved,” Michael said. “There’s an inbuilt prejudice against female riders – the first lady rider only rode on the flat less than 40 years ago – so she really has been a pathfinder.”

Putting prejudice aside though another female jockey, Carrie Ford, admits “I know it might disappoint some people, but I’m not an advocate of the view that women can compete on any horse, men will always have the strength and some horses need that. Women would have trouble with big, old-fashioned, thick-set chasers; they take a lot of holding together when they get tired. But other horses require more finesse than strength. Some horses resent being bullied.”

So how is a woman ever going to win the Grand National?

Well given a brave owner and trainer, the right female jockey with the right temperament and physical attributes, and of course the right horse it is perfectly possible that a woman will win the Grand National in the near future.

Who knows National Velvet may become a reality; it could even be next year. 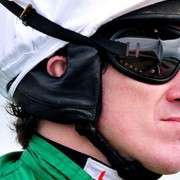 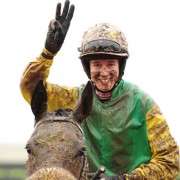 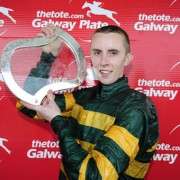 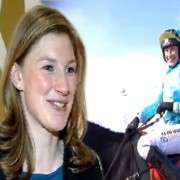 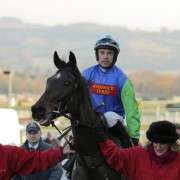 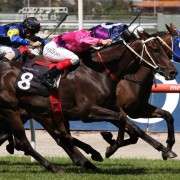