Remember the days when bookies were dark, dodgy, smoke filled little rooms populated by ‘aul fellas who coughed and spluttered a lot?? Okay, so maybe it wasn’t so bad in reality but that’s how they were generally perceived.

These days the betting world couldn’t look any different and with the use of modern technology jockeys, trainers and bookmakers have all taken on a very cool celebrity-like status that has ordinary men and women following their favourites like super fans.

Dedicated websites, online columns, Facebook and Twitter are all modern day portals that are used to promote our favourite racing stars as well as give us a unique glimpse into their everyday lives. With everything from funny insights to public tirades up for public scrutiny, we look at the Top 10 Racing Tweeters to follow, from the entertaining to the fact finding, we’ve scoured the tweets and followed them ourselves.

Hayley Turner – @Hayleyturner123
The first lady of flat racing, Hayley Turner is a funny, quirky tweeter, who despite all of her success has remained good natured and down to earth!

Paul Nicholls – @PFNicholls
If you want to keep up to date with all of the latest goings-on from Champion trainer Paul Nicholls, then this is the place to do it. Always updating info on his horses as well as answering fan questions.

AP McCoy – @AP_McCoy
If you’re after funny quips as well as a chance to get an insight into the Champion jockeys life then get following. AP clearly makes time for his twitter followers and answers questions in batches for what seems like hours at a time…that’s dedicated!

Paddy Brennan – @PaddyBrennan22
A daily tweeter, Paddy clearly likes to interact with fans as well as other high profile jockeys. Not a huge amount of racing info though as he tends to use it more for social reasons.

Nina Carberry – @ninacarberry
Relatively new to twitter, Nina has taken to it like a Carberry to a horse and has manged to knock out tweets nearly every day for months. She’s got some way to go if she hopes to catch AP for the number of tweets though.

Sam Waley-Cohen – @swaleycohen
Only joined in August but has consistently tweeted since then especially to generate support for Movember – fair play to ya Sam!

Racing Post – @racing_post
For the serious punters out there, Racing Post tweets give you the latest horse racing news and an absolute must for those who are after all of the latest Horse Racing news and they have over 16,000 tweets to back that up!

Paddy Power – @pphorseracing
If you’re looking for the inside scoop as well as some insightful observations on horses and their chances then follow Paddy Power Horseracing. He’s also pretty good at interacting with followers…

Grand National 09 – @grandnational09
If you’re a Grand National enthusiast then this is the one to follow. With all the facts, figures and tips that you need to pick a winner at Aintree as well as the other high profile races throughout the year.

John McCririck – @TheMcCririck
His tweets are as entertaining as his commentary but if you’re hoping for inside tips then you may be disappointed as John’s tweets are usually incredibly funny observations on more general things like movies, tv, his neighbours etc… 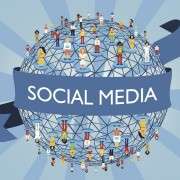 The Iron Duke Of Aintree
Scroll to top