With a week to go until the 2021 Grand National at Aintree it’s all eyes on the betting markets. Who is in and who is out? On Thursday, trainer Nicky Henderson announced that his Gold Cup runner, Santini would not be running in the National.

Some had hoped it was an April Fool’s joke as it would be incredible to see him jump those famous fences. But on balance, given how he ran at Cheltenham, it really isn’t a surprise that the 9-year-old has been ruled out.

With the six-day confirmation stage looming, there are still plenty of hopefuls waiting to make the cut. Henderson gave a boost to a few of them when he advised that not only was Santini out, so too was Beware The Bear, Pym and Gold Present.

That means numbers 1, 17, 18 are out of the top 40. They make way for Minella Times, Sub Lieutenant and Hogan’s Height.

Other Horses Unlikely To Run

So with three confirmed out, there are a few others who will also struggle to make it to the starting tape.

The Irish Grand National takes place at Fairyhouse on Monday 5th and there is a couple declared for that race that also hold an Aintree entry.

They are Brahma Bull and Run Wild Fred. Both have moved out in the betting for the Aintree National but can still be backed at odds of around 33/1. That is despite the fact that they can’t run at Fairyhouse on Monday and Aintree on Saturday.

Others that also have question marks are Farclas, Balko Des Flos, Jett, Hogans Height and Kauto Riko. All five have been given entries to the Topham Chase.

That is run over the same Grand National fences but only over a distance of 2m5f. If they all go in that race, Secret Reprieve will get a spot in the starting 40 runners.

In February when the BHA Handicapper revealed the weights for the Grand National 2021, he allocated top weight to Easysland, Santini, and Bristol De Mai.

Easysland was withdrawn at the second scratching stage. And now Satini has also been declared a non-runner. That leaves Bristol De Mai as the only top weight runner.

If trainer Nigel Twiston-Davies has second thoughts about next Saturday, then we could see The Storyteller take top spot. It would also mean a rise in weights of 2lbs across the board.

However, that is a very unlikely scenario as owner, Simon Munir, has more or less confirmed BristolDe Mai’s participation on Twitter.

On odds of 25/1, he is a very classy runner. He won the Betfair Chase at Haydock in November and frequently carries 11-10 around the course.

But it has been a long time since any runner won the Grand National on top weight – the last was Red Rum! And Bristol De Mai has never run beyond 3m2½f so will he have the stamina to go the extra mile?

Munir also confirmed that Class Conti will run and Valtor, if he gets in.

So with Santini and Bristol De Mai still in, it’s all to play for next Saturday. 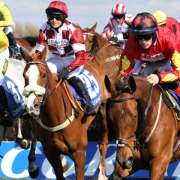 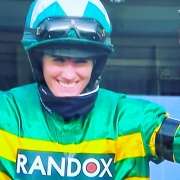