The recent addition of spectators at racing events has lots of people rightly excited about the upcoming December meetings.

The Grand National’s cancellation earlier this year was a massive blow for the sport, with bookmakers taking a huge hit during the biggest horse racing betting day of the year.

Missing out on the Liverpool showpiece has many racing fans turning their attention to the Welsh Grand National on the 27th December, but before that, there’s the small matter of the King George on Boxing Day.

Here, we’ll run you through some of the runners, and their odds, in the hope we can help you pick out a winner or, even better, two!

Cyrname (best odds 9/4) has come in for plenty of support after winning the Grade 2 Charlie Hall Chase at Wetherby on Halloween. The 8 year old has a 50% win rate over fences and form figures at Kempton which read 112, so it’s not surprising to see people backing Paul Nicholls’ gelding to go one better than his second placed effort in this race last year.

Clan Des Obeaux (best odds 9/4) looks to be the main danger after causing a 12/1 shock in the 2018 renewal, before destroying his stablemate Cyrname by 21 lengths last year. He’s had a similar prep run this time around and looks primed and ready for a tilt at the three-timer. He’s the one to watch.

At bigger odds, Waiting Patiently (best odds 25/1), could be one to spring a surprise in this. After some very good performances over distances ranging from 2m to 2m5f, the decision was made to up him to 3m for last year’s King George.

It didn’t go entirely to plan, being badly hampered and unseating jockey Bryan Hughes early in the race, so trainer Ruth Jefferson is lining him up for another shot at it this year and he could be the one to cause an upset.

The Kim Bailey-trained Vinndication (best odds 40/1) is another who should be watched at big odds. The 7 year old was no match for Cyrname at Wetherby in October and unseated David Bass next time out at Newbury when looking to have every chance, but he clearly has the required stamina and staying power to win a King George if it’s a hard run race.

The surprising news that 2019 Welsh Grand National winner Potters Corner won’t be attempting to defend his crown this year has, even by a Grand National’s standards, blown this wide open.

Secret Reprieve (best odds 5/1) heads the market after an impressive performance in the trial version of this race over just less than 3m earlier in the month. That was on heavy going and he stayed on strongly to win by 12 lengths to suggest he may have the required stamina to see out the National distance.

It’s worth noting that only two of the last winners of this race have gone off favourite.

After a lengthy 270 day break, Springfield Fox (best odds 12/1) ran in a novice hurdle race at Chepstow earlier in the month and that should have been enough to blow away the cobwebs for a tilt at this.

He had a tough time of things in the Grade 2 National Hunt Challenge Cup at the Cheltenham Festival in March, unseating his rider after hitting a fence and being badly hampered within the race. Connections clearly feel he’s come out of that just fine and has the stamina required to see out the trip in what is very likely to be testing conditions.

Truckers Lodge (best odds 14/1) unseated his jockey at Kelso in October last time out, but before that had comfortably won the Midlands Grand National at Uttoxeter and could have a say in this.

Native River (best odds 25/1) has shown in recent runs that he retains his stamina and could add to his 2016 win in this race, while stablemate Christmas In April (best odds 25/1) specialises over the longer distances and could be one to keep an eye on.

One thing is for sure, like all Grand Nationals, it’s a lottery. 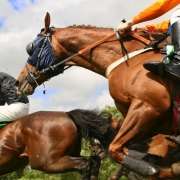 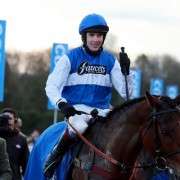 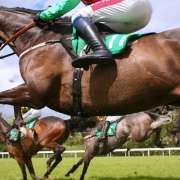 Anticipation Ahead of the Grand National Return in 2021