It has been quite a year and the last time we saw any real racing action was back in March for the Cheltenham Festival. That threw up a few surprises much to the delight of racing fans who hadn’t backed the favourites in each race.

The anticipation was high that the Grand National would be equally as exciting however it was not to be. The BHA had to make the tough decision to cancel the race for 2020 and in doing so deny Tiger Roll a chance to make history by winning three in a row.

Instead we were treated to the Virtual Grand National which attracted millions of viewers at home and was considered a roaring success.

With the break in racing now coming to an end and action beginning to resume again, albeit behind closed doors, all eyes are now looking ahead to the next jumps season. In a boost to the sport, the date for the Grand National 2021 has now been confirmed.

The race will now be held on Saturday, April 10th 2021 at Aintree Racecourse.

Opening Day Of The 2021 Festival Renamed

So now we know the date, what changes have the Jockey Club made to next year’s festival?

The opening day is scheduled for April 8th, 2021. For 2020 it was renamed as ‘Liverpool Day’. However, in light of recent events, that has been changed once again. It will now be called ‘Liverpool’s NHS Day’ in honour of the dedicated NHS staff and volunteers across Merseyside who have been working tirelessly this year.

In recognition of their monumental effort, the Jockey Club are donating 10,000 tickets to the NHS and professional carers across Merseyside so that they can enjoy a day at the races.

More information on that will be available at the end of the year and distribution of the tickets will start in January 2021.

When two time Grand National winner, Tiger Roll, suffered a setback early in the season things were not looking good for the little chaser. However, he bounced back, took his chances in the Boyne Hurdle and was primed for his run in the Glenfarclas Chase at Cheltenham.

Bidding for a fifth festival win, his only real competition looked like Easysland, trained by David Cottin. Easysland was recently bought by super owner, JP McManus, and was already tearing up the turf in the long distance chances.

Despite a valiant effort, Tiger Roll had to contend with second place as Easysland ran away with the race. However, all was not lost because despite being in second place, Tiger Roll left the rest of the field trailing behind, a good sign that he could do the same at Aintree.

Now connections are revisiting their plans and trainer Gordon Elliott has revealed dual Grand National hero Tiger Roll will be aimed at the 2021 Grand National.

While we may have to wait quite a while for next year’s Grand National, the good news is that ITV are on the brink of extending their rights to televise racing in the UK.

They are on the verge of securing a new three-year deal that would guarantee mainstream coverage until the end of 2023.

The renewal is expected to result in ITV paying more per year for their racing content, which brings together just under 100 days across its main channel and ITV4.

So until the jumps season starts back in earnest, we still have plenty to watch and even more to look forward to. 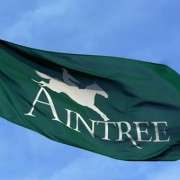 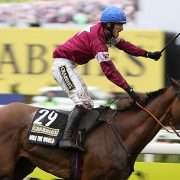 Racing To Return Behind Closed Doors

Virtual Horse Racing: Is That For Real?
Scroll to top