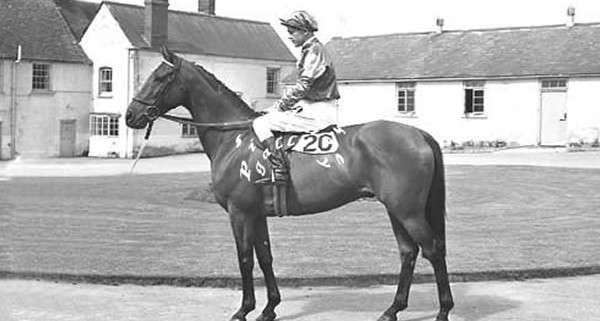 On Team Spirit’s fifth successive attempt at the Aintree Grand National he won it in 1964. He may have won by just half a length but he definitely was a worthy winner, and his win as made even more special by the fact that it made his half owner and rider Fulke Walwyn become one of the elite group to have both ridden and trained a Grand National winner, after previously having saddled two seconds.

Sired by Vulgan out of Lady Walewska, Team Spirit was half brother to Foinavon, who himself went on to win the 1967 National at odds of 100-1. Dan Moore, the Irish trainer whose horse Royal Danieli had been beaten by a head in the 1938 National bought Team Spirit for 250 guineas, and was given to his wife to be used for hunting. Moore then went on to sell Team Spirit for a sizeable profit – just as he did with Freebooter (who had also gone on to win the National in 1950).

Team Spirit went on to race over hurdles in 1957 under his new owner Mrs D.R. Brand and had his first races in England in the 1959-60 season where he won the Mildmay Memorial Chase at Sandown as well as the four mile Hurst Park National Trial. With these successes behind him he went straight in as the 9-1 third favourite for his National debut. He proved disappointing as he crashed on landing at the second Becher’s but on his second attempt the following year he finished the course, coming ninth.

This all sounds like he was doing well and progressing but the reality of the situation was that Team Spirit now hadn’t had a single win in two years, so not very surprisingly Mrs Brand sold him to a syndicate of two Americans, John Goodman and Ronald Woodward and an Englishman Gamble North.

The 1962 National saw Team Spirit fall at the nineteenth fence but under Fulke Walwyn as trainer the following year, he had made a considerable improvement, winning a three-miler at Cheltenham and then going on to give his best performance so far in his fourth attempt at the Aintree National, coming fourth.

Many people started speculating that Team Spirit was just too small for the National course, despite his courage and enthusiasm, and it was looking like his time contending in the race was over. In the face of the backlash, Team Spirit came to run his fifth National at twelve years old having just won the Grand Sefton Chase, and at 18-1 was twelfth in the betting with four younger opponents sharing favouritism – Pappageno’s Cottage, Flying Wind, Laffy (owned by the Queen Mother) and Time.

Things started out looking like nobody but Out And About and Peacetown were in with a shot as they opened up with a huge lead but while Out And About began to fade the second time around, Peacetown still had a substantial lead. However Team Spirit and four other horses began to close in on him and fifty yards from home it looked like Purple Silk was going to win. Jockey Robinson pushed Team Spirit to his limits right at the end and he pushed on to win by half a length with Peacetown six lengths back in third place. 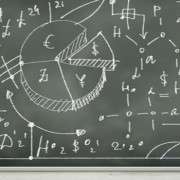 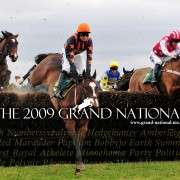 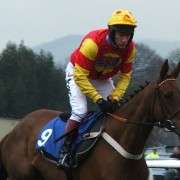 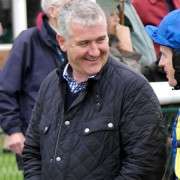 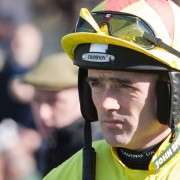