The Irish Gold Cup took place at Leopardstown Racecourse, on Saturday February 6th, with the line-up very closely resembling the big entries for this year’s Grand National with eight of the ten runners also entered for the Aintree spectacular on April 9th 2016.

Run in heavy conditions, it was the JP McManus owned Carlingford Lough who bagged back-to-back victories in the Grade 1 Irish Gold Cup, with the hugely impressive Mark Walsh taking his charge from last in the field to first landing the £62K purse for connections.

Unsurprisingly it was Road To Riches who went off as 5/4 favourite and as he was first to show from the start things were looking good for the Gigginstown House hopeful. A small blip at the first ditch left the door open for the Willie Mullins trained On His Own to take the lead.

So it was On His Own who led for the largest part of the first circuit, followed by Road To Riches and Foxrock in third place and all the while Carlingford Lough remained the back marker.

Eight from home On His Own made a bad mistake and lost valuable ground, and his three length lead, allowing Road To Riches to join him at the front of the field.

With four fences to jump, On His Own had made up for his error and had regained the lead and still Carlingford Lough was out of the picture as focus remained on Road To Riches and the now improving Valseur Lido who was running under jockey Ruby Walsh.

But a second bad mistake from On His Own when two from home put paid to any chances the 12-year-old of winning the Irish Gold Cup leaving Road To Riches in front turning for home.

Valseur Lido shadowed him closely and went in front at the last where absolutely nobody saw Carlingford Lough coming as he romped through the field moving at rapid pace from last place straight up to fifth jumping into third place at the final fence.

And that’s where is all went wrong for Ruby Walsh as Valseur Lido unseated him going over the last as Carlingford Lough continued his epic run to ultimately finish 12 lengths ahead of Road To Riches.

It was a terrific race with plenty of talking points, not least the perfect timing of jockey Mark Walsh who led Carlingford Lough home despite having considered pulling him up earlier in the race, at the fourth last, when he wasn’t travelling well. His persistence paid off and instead of bowing out he landed his third career Grade 1 win.

Winning trainer John Kiely said: “I was hoping he might run in the first four. I told Mark to ride him to finish the race as well as he could and because of the pace they went I thought he mighn’t get home. But he got a new lease going to the last and won really well.”

Bookmakers rushed to slash their odds on Carlingford Lough for the Grand National and he is now as short as 20/1 ante post, in second place behind National favourite Many Clouds. And the good news is that he is very likely to run there.

“He’s in the Gold Cup and we’ll think about it but he’s in the Grand National and that might the race for him.

“Mark said he was going to pull him up about three out but he started to pass a few horses and after looking as if he would finish a long way behind he’s gone and won the race for the second year running.”

After his disappointing run, Road To Riches was pushed out to 20/1 in the Cheltenham Gold Cup markets and with Foxrock finishing in 4th place, while carrying 11-10, he may not be a bad bet for the Grand National either.

First Lieutenant was pulled-up which won’t help his Grand National claims and as Sir Des Champs didn’t sparkle at all. That will no doubt leave Willie Mullins scratching his head as to the best course of action for the 10-year-old. With entries into the Ryanair Chase, the Gold Cup and the Grand National, he will need to find form and soon if if he is to have any chance of success in the big races this season. 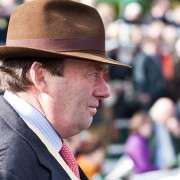 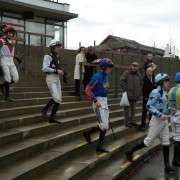 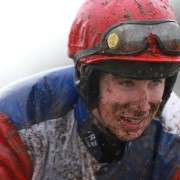 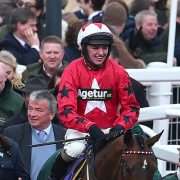 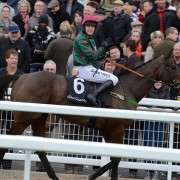